From the fast and furious British Touring Car Championships, to FIA Formula 4, a day of BTCC VIP hospitality is a great way to entertain clients, colleagues, friends and family.

The TOCA package, better known by its headline race championship - the BTCC, is a travelling circus taking in tracks from Brands Hatch and Thruxton in the south of England to Knockhill in Scotland via Donington Park, Silverstone, Croft, Oulton Park, Snetterton

Support races often make the day - and with action from one make championships such as the Porsche Carrera Cup and Mini Challenge the racing can be fraught at times.

And of course, there's the juniors racing too - with a new series due to be announced for 2023 and like to provide superb entertainment and for the future F1 star the open-wheeled Formula4 British championship. Probably the most famous graduate from both these championships is McLaren F1 driver Lando Norris who finished 3rd in 2014's Ginetta Juniors before going on to win the 2015 fore-runner of Formula 4 (MSA Formula) with the Carlin racing team.

In addition to official circuit hospitality at some venues, for many rounds we can also source team-based hospitality. Experience a day as you would if you sponsored the team, with driver meet & greet, garage visit, and lunch within the team marquee. You'll need to contact us directly to discuss your requirements as places are extremely limited.

Most circuit based packages for BTCC will include:

Minimum booking is normally two people, with exclusive tables for groups of 10. We can also secure exclusive suites at some venues, with capacities ranging from 20 to 60 guests. 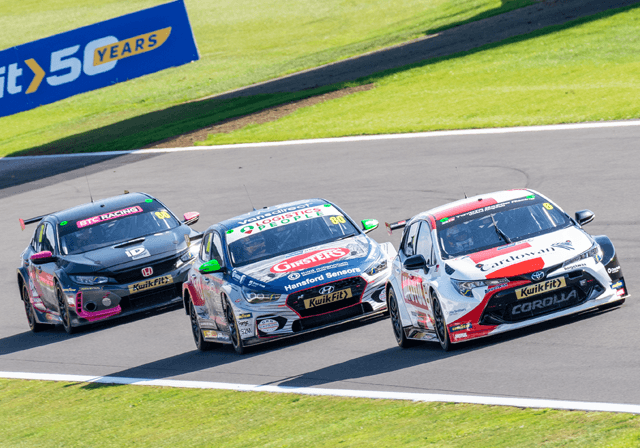 Want to know more, make an enquiry or just discuss your requirements?

Please note that our offices are in the UK
Alternatively complete the form to make an enquiry and we will respond during office hours.
By submitting an enquiry, you consent to us processing your data using our CRM system. We do not automatically add you to our marketing platform. You can signup for our marketing emails at MailChimp. For more information please see our Privacy Policy.